House price growth showed its first signs of cooling in January as wintry weather and the third national lockdown gave buyers and sellers pause for thought.

On a monthly basis, house prices were 0.3% lower in January 2021 then they were in December 2020, according to Halifax.

The monthly fall was the biggest since April of last year, during the first national lockdown and temporary closure of the housing market. The drop meant that UK house prices were 5.4% higher in January 2021 than they were a year ago.

Nationwide reported a similar pattern, with UK house prices down 0.3% in January, which it said reflected falling demand ahead of the stamp duty holiday cut-off at the end of March. The lender said it was is the first monthly decline since June and capped the annual growth rate at 6.4%, compared with 7.3% in December.

RICS’ latest market survey found enquiries, sales and new instructions fell for the first time since May 2020 last month. A net balance of -28% of survey respondents reported a decline in new buyer enquires in January, with a fall in new listings too (net balance of -38%). Despite this, upward pressure on prices continued across the UK with the exception of London, which recorded a net a balance of -9.

Mortgage approvals data covering the quarter to December 2020 also showed a slowdown, with 103,400 loans approved for house purchase in the final month of 2020 compared with 105,300 in November. This was the first fall in seven months, although year on year transactions in December 2020 were 32.1% higher than December 2019.

Despite initial signs of a slowdown, there remains significant momentum in the UK housing market, with 818,500 mortgage approvals for house purchase in 2020 compared to 789,100 in 2019. This was even more remarkable given that house purchase approvals hit a record low of 9,400 in May 2020, as the eight-week shutdown of the market took its toll.

Ahead of the Budget on 3 March it gives Chancellor Rishi Sunak food for thought. To date he has signalled that he has no intention of extending his support to the housing market, with the stamp duty holiday in England and Northern Ireland due to end on the 31 March. 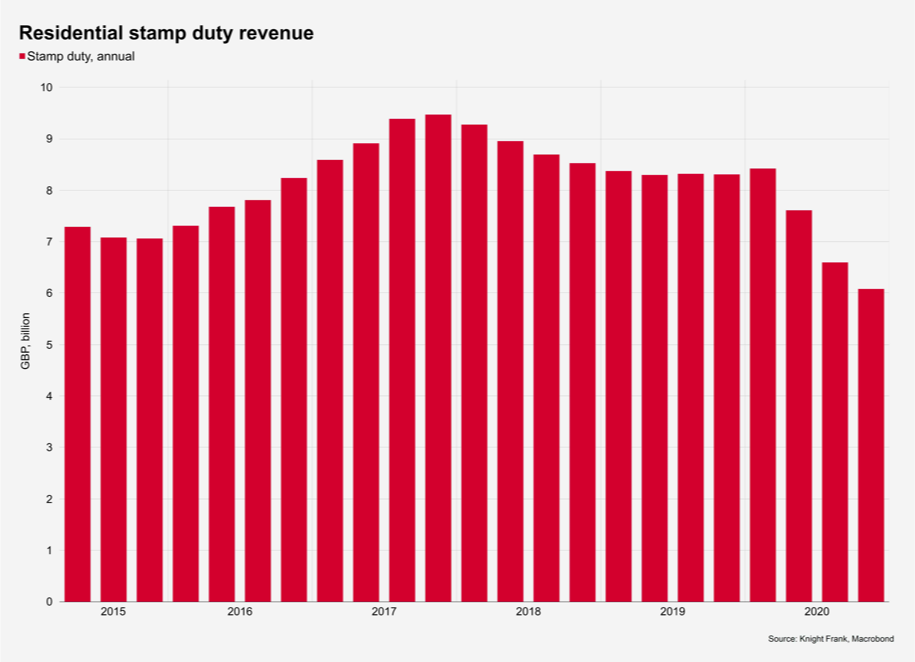 House prices in prime central London (PCL) declined 4.3% during the year to January amid the prevailing restrictions on travel. Despite this, the number of transactions in PCL was 12% higher in January than the same month last year, highlighting how the release of pent-up demand after the market re-opened last May is translating into exchanges.

The data also reveals the differing reliance on domestic and overseas buyers across various markets. The spread between the annual price growth in Greater London (9.6%) and PCL (-4.3%) in November was 13.9 percentage points, underlining the extent to which domestic demand has sprung back in the capital.

Average rents in prime central London fell 13% in the year to January amid high levels of supply.

The trend was less marked in prime outer London, where rents fell by 10.7% in the year to January. The declines have been smaller in some leafier parts of London, where the supply of lettings property has been kept in check by a relatively buoyant sales market.

The traditional seasonal slowdown ahead of the spring market has combined with the third national lockdown and concerns about the new Covid-19 variants, as well as the need to for many to home school, to dampen activity.

While new prospective buyers registering with Knight Frank in the country market were 8% ahead of the five-year average in January, supply is constrained after 2020’s record-breaking run.

However, last year’s momentum means that offers accepted were up 83% and exchanges up 76% versus the five-year average.