Investment into the UK’s Build to Rent (BTR) market topped £2 billion in the first half of 2021.

Rising demand for income-producing residential assets has been a feature of the last 18 month, with a significant uptick in both existing investors looking to deploy more capital into the BTR space and new entrants trying to enter the market.

Data from our investment tracker shows that £2.35 billion of capital was invested in the sector in the first half of this year – over £1.27 billion in Q1 and an additional £1.08 billion in Q2. This represents a 79.8% increase in investment volumes compared with at same point of 2020, a period which included the first national lockdown.

The figures track both on and off market deals and exclude land sales and refinancing.

A strong showing in the first six months of the year puts the sector on track to surpass the record £3.7 billion invested in 2020. Rising investment volumes have also led to yields tightening in some markets. 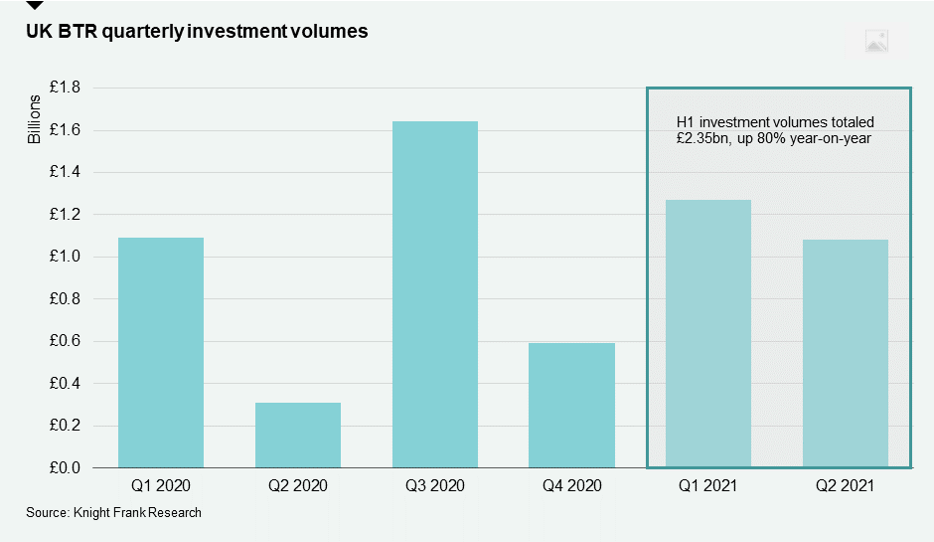 The majority of investment in Q2 was to forward fund new development, with nine such deals over the course of the quarter.

Some 70% of funds committed in the first half of 2021 were for schemes outside of London, reflecting investor confidence in the fundamentals which underpin those regional markets, as well as an increase in the number of development opportunities being brought forward outside of the capital.

Our development database suggests that 58% of all pipeline schemes of 75 units or more (either under construction or with planning) will be delivered in regional markets.

After London, Birmingham has attracted the most investment by value so far this year, but the figures also point to a trend of rising activity in Tier 2 cities including Derby, Leicester and Southampton.

With a strong pipeline of schemes due to launch in the coming months, or already under offer, investment volumes are expected to set a new record in 2021.

Over the last 18 months, we’ve seen a significant uptick in both existing investors looking to deploy more capital into the BTR space and new entrants entering the market, particularly from overseas. More than 60% of the capital deployed in the first half of the year originated outside of the UK.

With existing investors looking to expand their portfolios in new markets, and new entrants diversifying from traditional commercial real estate, this will drive investment volumes over the next few years.

During the Covid-19 pandemic, the rental performance of the sector has been extremely resilient. Average monthly rent collection rates have remained above 96% so far in 2021, according to our income survey, providing tangible evidence of this. 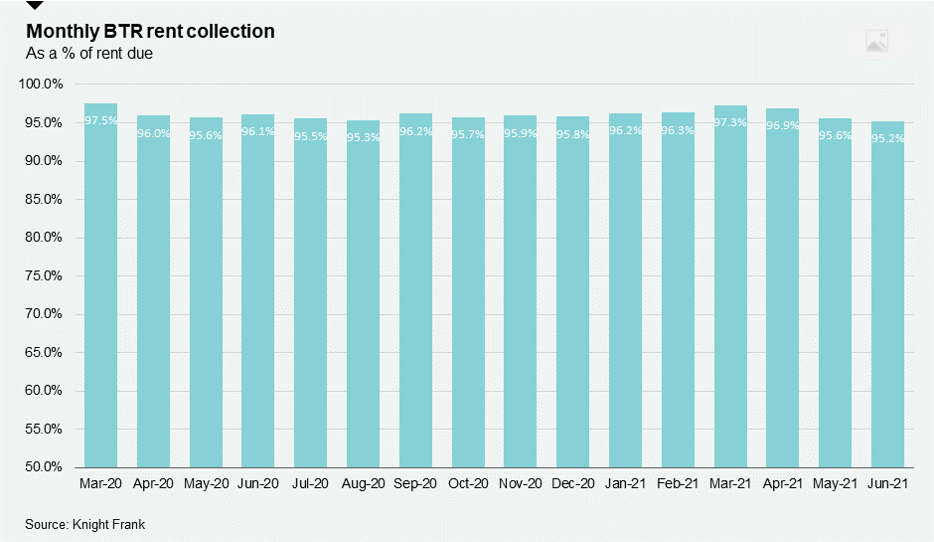 The national tenant demand balance of the RICS survey rose to its highest since the survey began in 1998 in Q2 this year. At the same time, new supply remains limited – particularly from buy-to-let landlords. 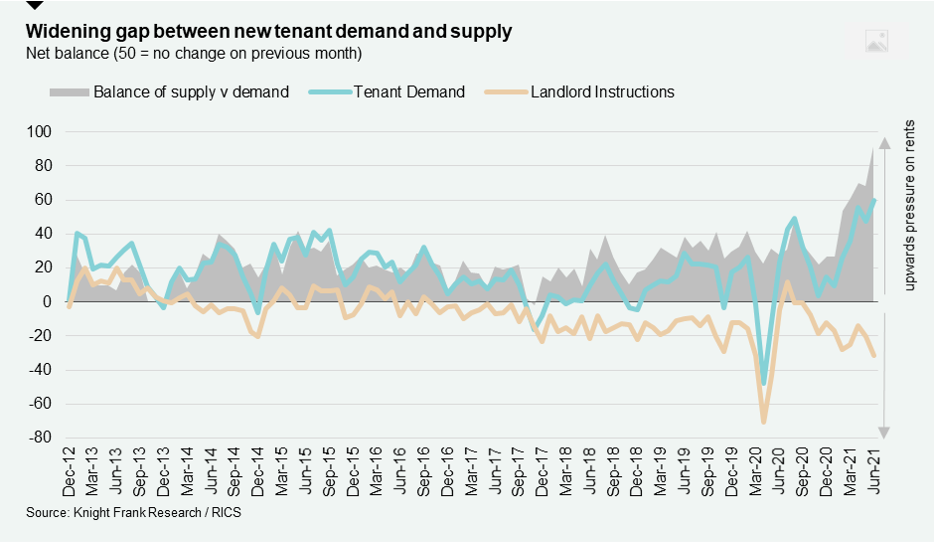 The latest ONS rental index suggests annual rental change across England stands at +1.1%. This increases to +1.7% if London is excluded from the figures, where rising supply has put pressure on rents. That said, as travel restrictions are eased as the year progresses and offices and amenities start to re-open, this will underpin a recovery in the capital. 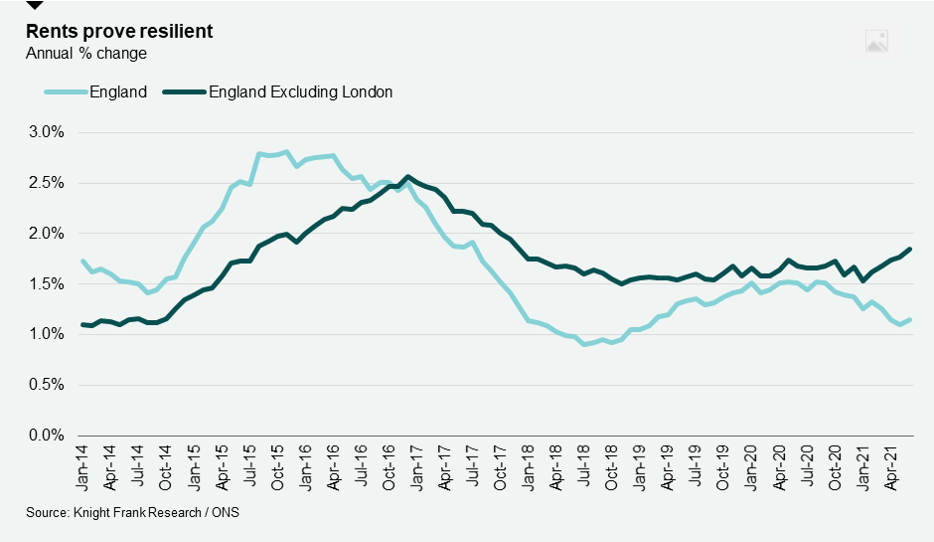 Limited supply and surging demand suggest we will start to see more upwards pressure applied to rental values this year. Accordingly, we have revised up our expectations for mainstream rental performance over the short to medium term. We now expect UK rents will rise by 2% in 2021 and by 15% cumulatively over the next five years.