Demand for towns and cities grows as buyers look for best of both worlds.

While the ‘escape to the country’ trend has dominated the last year, there are signs that a resurgence in town and regional city living is underway.

The percentage of town and city sales of all UK transactions outside of London was 42% in the second quarter of 2021, the highest figure in Q2 for ten years.

The momentum continued in July and August.

“After a year dominated by the escape to the country trend, there are signs that demand is getting stronger in towns and regional cities as buyers look for the best of both worlds: space and greenery but easy access to services and amenities,” said Chris Druce, senior research analyst at Knight Frank. 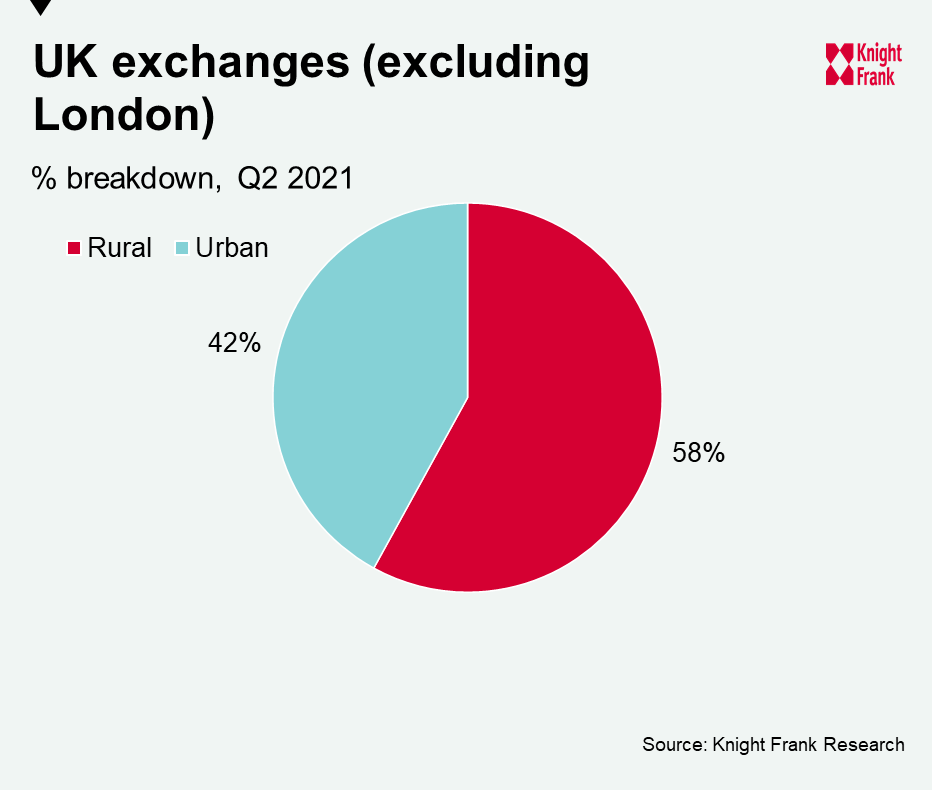 Underlining the shift, Knight Frank data shows that the number of offers accepted from UK buyers moving from urban to rural locations peaked in January 2021.

While in March 2020, the month of the first lockdown, just 9% of all offers accepted were from those moving from urban to rural locations, the figure was 28% in January 2021.

While space and greenery remain a key driver for buyers, amenities and services are of increasing importance.

Proximity to such venues was more important for 31% of people compared to before the pandemic. That compared to an increase of 18% at the start of this year.

The adoption of hybrid working by major employers means people have more flexibility regarding where they live, which is leading to the commuter belt getting wider.

Our latest Global Buyers Survey found that of those respondents yet to move, 20% say they’re more likely to move in the next 12 months, with city locations ranking highest.