To be able to clinch the title of “Most Liveable City in the World”* for seven years running is not an easy feat, but it goes to show how desirable a city Melbourne is to live in. Known for its beautiful laneways, tantalizing dining options, cultural diversity, friendly locals and amazing street art, this coffee capital of the world is a vibrant city that is one of the easiest to navigate around, thanks to the city’s layout and transport system. 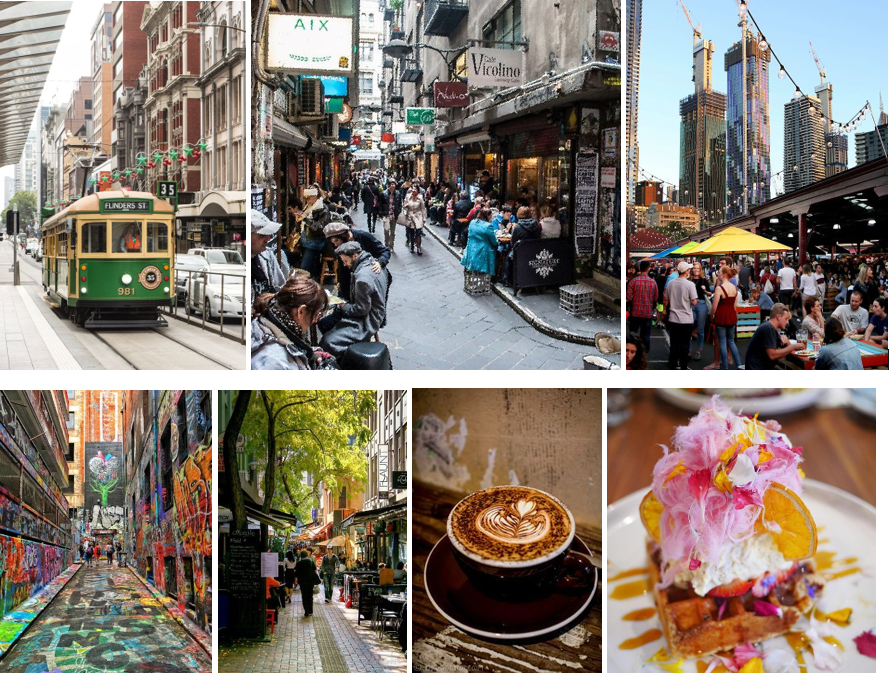 Being Australia’s fastest growing city, a considerable number of major projects have been planned and are underway to support the city’s thriving population. On top of its many drawcards, the city offers the most sought-after office real estate location in the country, and it supports many major industries, such as new energy technologies, food and fibre, healthcare, quality education and digital industries.

As an investor, there are plenty of indicators that suggest Melbourne’s market to be an important property location for their portfolio, and here are some of our top reasons why.

The city has experienced the highest population growth compared to other Australian cities over the past 10 years and its population is predicted to exceed 6.4 million by 2036. In fact, it is ranked as the number 1 city for interstate relocation within the country. The demographics is made up of people all over the world, which contributes to its exciting offering of food, entertainment, business and more – one of the main reasons why it is one of the most liveable cities in the world.

Melbourne serves as the beacon for Australia’s economic activity, contributing to 64% of the combined economic output of over A$1.2 trillion as at June 2019. This can also be widely pertained to Port of Melbourne, the country’s best-connected seaport, which efficiently transports goods. Not to mention, the country’s free trade agreements enables global businesses to place Melbourne as some of the top locations for hosting their business. In fact, out of the 2.3 million businesses in Australia, almost 27% of them are located within Victoria to accommodate for the strong demand of goods and services. 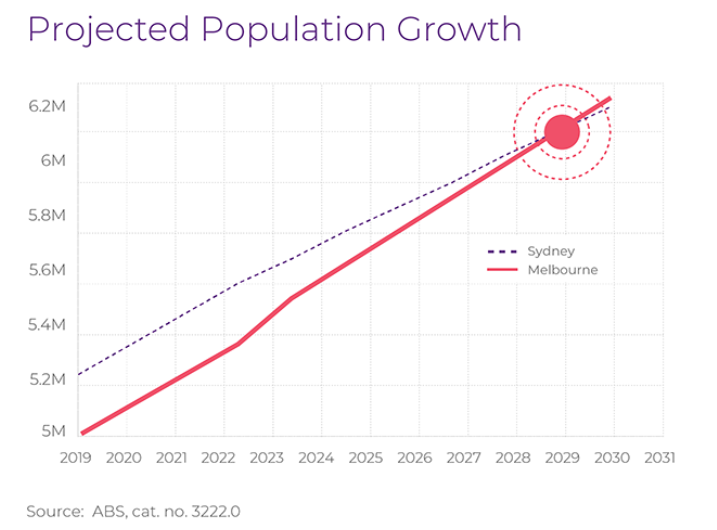 Ideally, the burgeoning population would deliver a spike in demand for homes and be complemented with lower interest rates. Real estate investments opportunities within Melbourne would be able to see stable investment growths for many years to come and continue to become one of the most coveted investment locations globally.

Reason 2: Melbourne as One of the World’s most Liveable Cities

Mainly due to its established, safe and cohesive society, Melbourne has been ranked as one of the best global locations to live in. Complemented with world-class healthcare, education and infrastructure, the city offers ideal options to suit every demand and need. An estimated 90% of Australia’s population reside within urban areas and is ranked among the safest cities in terms of crime rates and infrastructure quality.

Some of the best schools and universities are located within Melbourne, with University of Melbourne and Monash University establishing their reputation as some of the best institutions in the world. In fact, the state is ranked as the world’s 3rd best university city. It is home to 10 world-class universities with over 1,375 schools that are co-educational, single-sexed private and public schools.

Many international students look at Melbourne as an ideal destination to further pursue their education, with many choosing to continue working in the city even after graduation. Melbourne is seen as a leading knowledge city, with an abundance in its resilient and work-ready talent pool that is a very attractive factor for international companies to set up base in the major economic centre, where the graduates feed the workforce pipeline and make finding talent much simpler and easier. These factors synergise each other to nurture a youthful and passionate community and to produce greater work opportunities. The younger demographics also determines the demand for certain types of housing, with many opting for smaller apartment units, or co-living spaces that are within the vicinity of Melbourne’s Central Business District (CBD) and near campuses.

Victoria has managed to maintain a AAA Credit Rating for over 10 years, withholding its proven track record of a low-risk, high quality and consistently strong business environment. Melbourne has welcomed global investments across different industries, including professional and financial services, manufacturing, bio and clean technology, with companies such as Alibaba and Nutribiotech.

Along with sound and enforceable legal and governance frameworks and a stable political structure, it provides a secure investment and business environment. Melbourne is projected to have low economic exposure risk as compared to other major and regional financial cities, as recorded by the Lloyd’s City Index. In fact, the low unemployment rate of 5.3% presents a strong economic outlook for the city. To cater to its strong economic outlook, the demand for housing and rental units in Melbourne is high, where properties would generally sit on the market for two weeks before being rented out.

Setting aside an estimated AUD$40.4 Billion, the government is focused on improving the infrastructure of the city, with exciting transportation projects such as the North East Link Project to link Melbourne’s freeway network, the Monash Freeway upgrade, Mordialloc Bypass, Sunbury to Cranbourne-Pakenham Rail Corridor and other upgrades on suburban roads between 2019 and 2022.

Melbourne urban plans have always been catered towards improving the city’s liveability, and to make it into a “place for people” to ensure the successful revitalization of Melbourne’s downtown core. One solution was to improve the walkability and make the core more pedestrian-focused. Additionally, the abundance in green spaces like The Royal Botanic, Flagstaff and Fitzroy Gardens located within the city complements its core initiative to bring vitality and building placemaking into these public spaces for everyone’s enjoyment.

The constant improvements of the city to cater to modern demands serve as an important contribution to the appreciation in Melbourne’s real estate scene, and the demand for quality housing in key neighbourhoods.

Melbourne offers a space for every need and continues to serve as a dynamic city with limitless opportunities. Its safe, forward-looking and adaptable society makes it a key choice for global investors to continue hunting for the best properties to grow their savings and maximize their returns.

To find out more, subscribe below and get in touch with us on WhatsApp and through the simple form provided for more personalised advice from our Knight Frank advisors.