Understand the MRT Effect: Know How the Potential of Your Property Value Can be Affected in the Short Run & Long Run

Understand the MRT Effect: Know How the Potential of Your Property Value Can be Affected in the Short Run & Long Run

The last time a major urban plan was announced in Singapore, cue the city’s centrepiece Marina Bay Sands urban transformation or even the introduction of the Downtown Line in 2005, it sparked massive interests amongst property investors locally and internationally looking to purchase undervalued properties in Singapore’s stable market environment.

Ultimately, the desirability of a neighbourhood plays a huge part in affecting both the capital and rental growth of your property, and one important variable is the connectivity of the neighbourhood. When accessibility to work and home is improved, its liveability is improved, and the natural effect is that the area will become more desirable, and this demand would drive property prices in the area up.

In fact, a study done by the National University of Singapore proposed that generally, the more accessible a Singapore property is to a MRT, the higher its value. The study surveyed non-landed private housing transactions that was in proximity of the Circle Line from the period of January 2009 to May 2013, and the three main findings were:

Assessing the Masterplan, the Singapore government plans to continue prioritizing accessibility as one of the key planning objectives, in tandem with other objectives such as digitalization and environmental sustainability. By 2030, 80% of households in Singapore will be within a 10-minute walk to a train station. 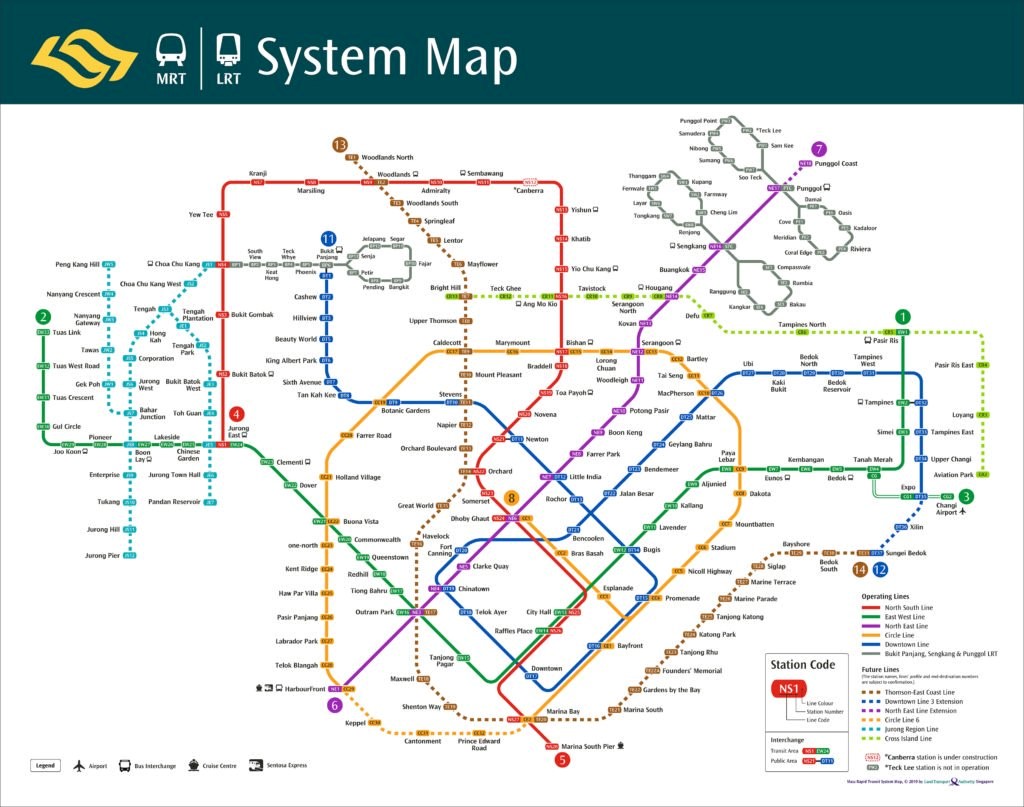 This could effectively signal that properties near MRT stations might no longer command price premiums, and newer stations may not push prices up as much as they have in the past.

In fact, it would be harder to find a home that is unreachable to Singapore’s comprehensive public transportation than one that is conveniently accessible. Not to mention, other variables are crucial in determining the value of your property, such as supply and demand, the quality of the neighbourhood amenities, and the potential for growth.

With Singapore’s real estate market becoming increasingly saturated and possibly stagnant, where else can interested property investors capitalize on large scale regeneration and infrastructure projects? In this article, let us analyse London, the capital city of the world.

To have a better understanding of how a new infrastructure project can affect property prices in London, we can analyze Crossrail 1 (aka the Elizabeth Line).

The construction of Crossrail 1, crossing London from west to east, is now 90% complete and scheduled to open by 2021. The line is expected to bring an additional 1.5 million people within a 45-minute journey time of Central London and serve some 200 million passengers per year. 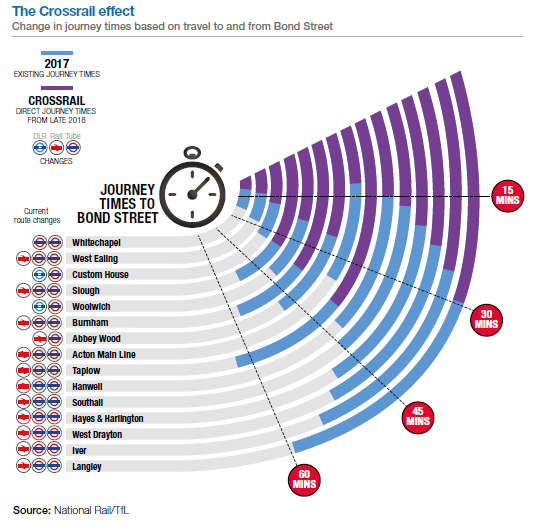 How did Crossrail 1 affect property prices?

This large-scale infrastructure project was approved in 2007, and construction began in 2009. The average housing price growth in price ranges from 58% to 77%, with the highest recorded price growth in Tottenham Court Road at 85%. 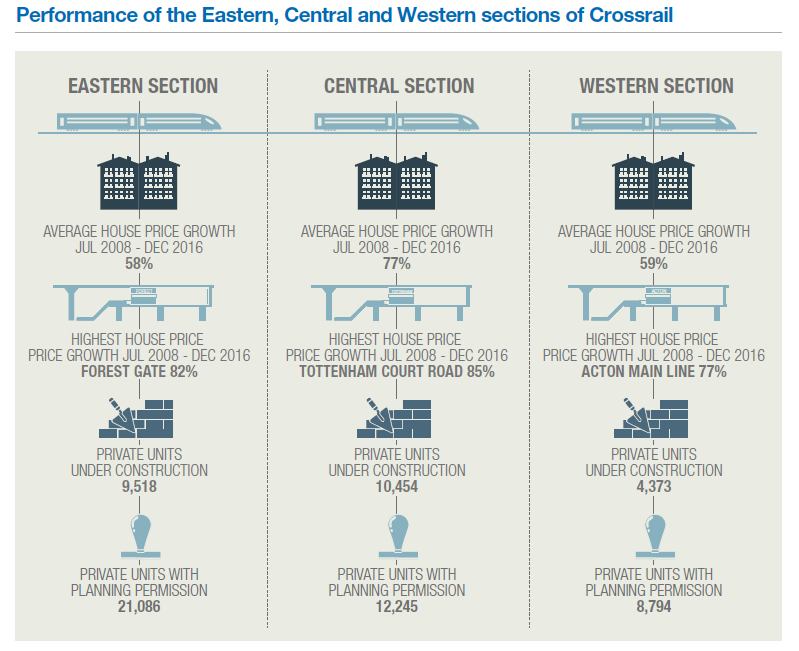 Impressive? The potential of growth for London properties is undeniable, especially with the numerous regeneration projects that are already approved and underway of revitalizing London’s neighbourhoods. Comparing this to the average 13.5% increase in housing prices of Singapore properties near the Circle Line, this is an opportunity savvy investor should keep under their radar. For those who have missed the boat, rejoice! Crossrail 2 is well underway and it is projected to have as much of an impact as Crossrail 1. 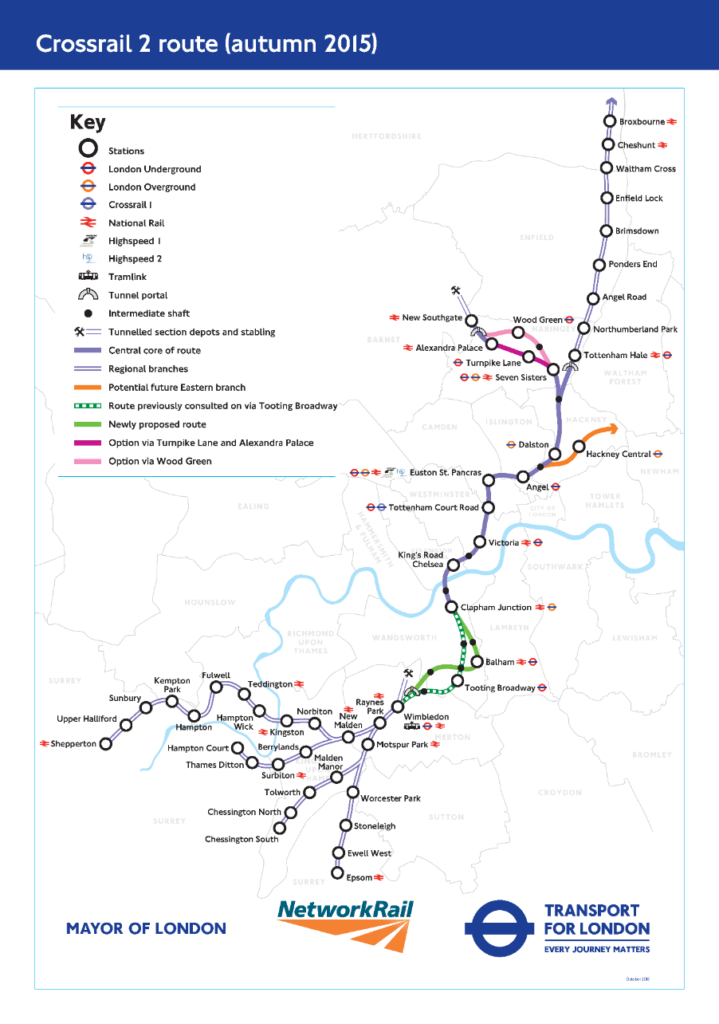 With consultations on Crossrail 2 underway, the new line will provide a second-high speed rail link through central London from South to North.

Based on current estimates, Crossrail 2 trains could be running by the early 2030s. It is expected that the line will increase rail capacity by 10% and serve an additional 270,000 passengers a day during peak periods.

This will certainly be needed with London’s population forecast to exceed 10 million by 2030.

It is likely that Crossrail 2 will impact property prices in a similar way to the impact of Crossrail 1 along its route. While its impossible to confirm the extent of the effects on housing prices, it is certain that we can expect neighborhoods that are within a 15-minute walk to the nearest station along Crossrail 2 to experience some of the highest growth rates. Amongst some of the neighborhoods, Tottenham Hale has been identified as an ideal neighborhood that ticks most of the checkboxes. 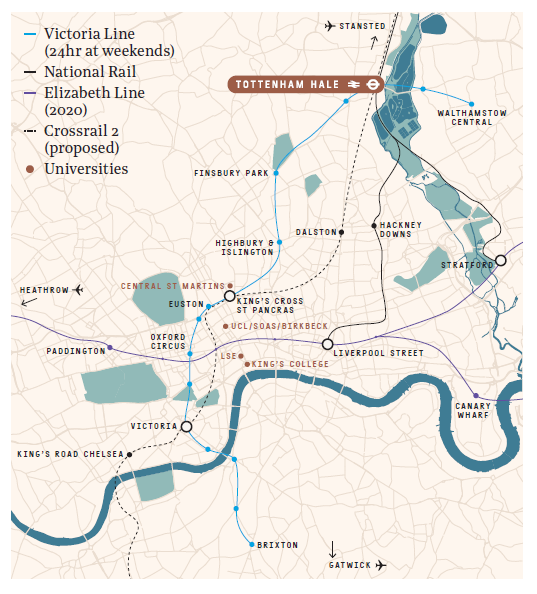 Plans for redevelopment have been accelerated by Tottenham Hale’s selection as a key interchange on the proposed north to south Crossrail 2 route.

If you’re keen on taking advantage of the opportunities of Crossrail 2, simply fill up the form and one of our trusted Knight Frank advisors will get in touch with you shortly.