Where are our Local Property Investors Investing Outside of Singapore?

Where are our Local Property Investors Investing Outside of Singapore? 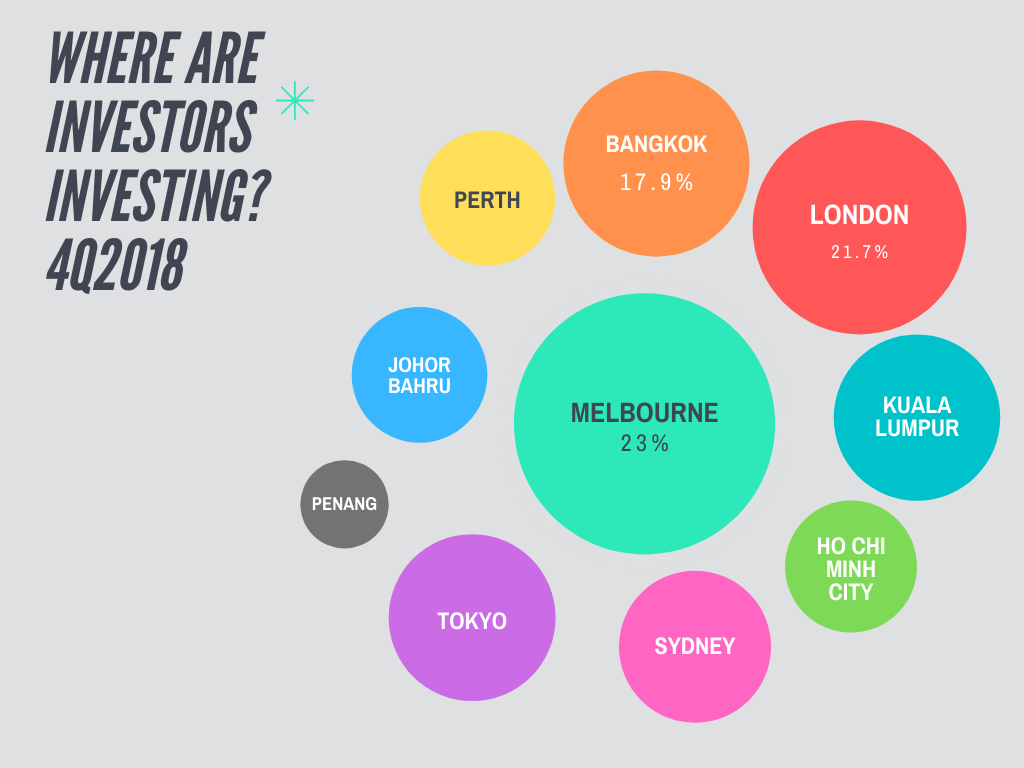 Our local investors are no stranger to the foreign property investment scene, with many being well-travelled and updated on foreign market conditions. In fact, as many more are becoming increasingly financially savvy and looking for reliable methods to grow their wealth, overseas investments are a natural consideration to diversify a savvy investor’s portfolio.

Courtesy of EdgeProp-Knight Frank Homebuyers’ Sentiment Survey conducted in 4Q2018, the top 3 investment cities identified are Melbourne (23%), London (21.7%) and Bangkok (17.9%). No surprise there, as these cities have a track record of having some of the most reliable yields and promising growth rates, as well as being some of Singaporeans’ most travelled destinations.

Familiarity and Growth Potential Are the Top 2 Main Considerations

“Usually, buyers will invest in markets they are familiar with, and those that are close to Singapore”, says Lee Nai Jia, senior director and head of research at Knight Frank. Some other important considerations can include the growth potential and political stability that surrounds these markets.

Australian cities such as Melbourne, Perth and Sydney are popular with Singaporeans as many have pursued their education in those cities, and are familiar with the laws, dynamics of the city and property markets there, says Lee. He adds that prices of residential properties in Melbourne have continued its upward trend, rising by 3% Y-O-Y in 3Q2018.

“Buyers are also inclined to invest in gateway cities such as London and New York”, he adds. The main rationale to the heightened interest in London homes is because home prices in the UK have declined due to political uncertainty and higher taxes on non-residents. “As at 2Q2018, residential prices have eased 1.8% Y-O-Y on average”, says Lee.

As for the current interest in Bangkok’s markets, he shares that residential prices are largely stable, albeit minor fluctuations have been observed in recent quarters.

The 10 Reasons to Consider an Overseas Investment Property 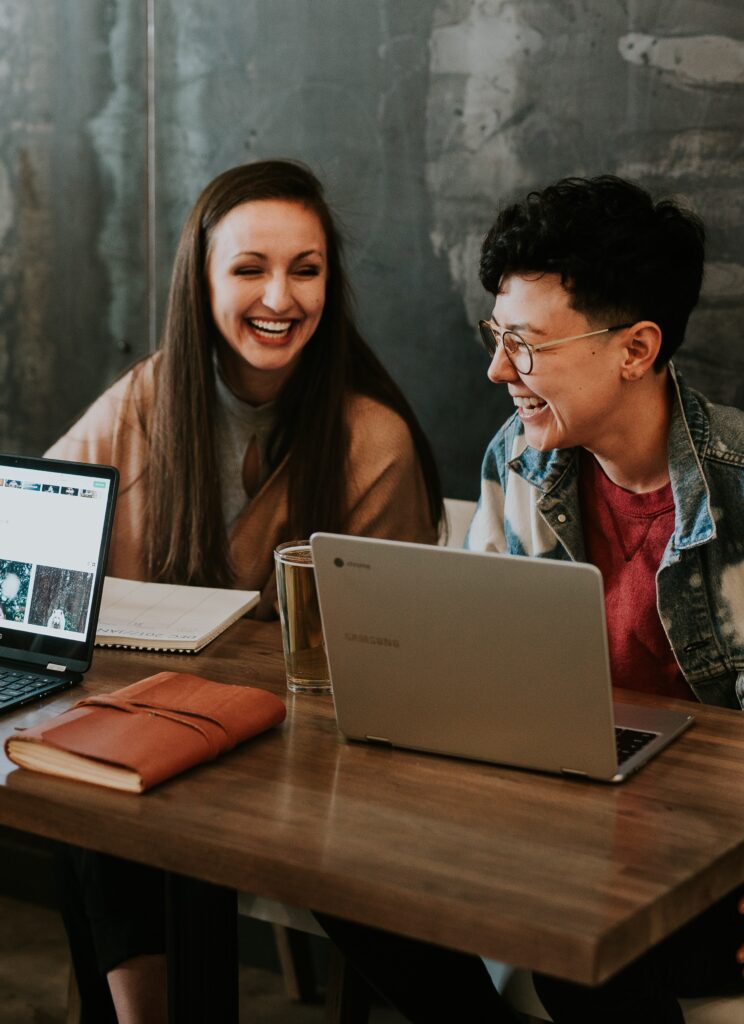 Get Ready for Your Child’s University Years

Foresight is important in this scenario, where many parents plan to purchase a property in a city that their child would most likely head to further their education in. Usually, this involve cities that are in high demand with sky-high accommodation prices, where rent can amount to a sizeable cost. With low interest rates, it would make more financial sense in paying for a mortgage (an asset!), rather than someone else’s mortgage (a liability!). Not to mention, it offers an additional income stream upon renting out the property upon completion of school, or provide a safe and reliable accommodation for your children, should they choose to continue working there. The next plausible alternative could be the possibility of making a profit upon selling off the unit in the future, which could be used to potentially cover part of the university costs.

Invest in a Holiday or Retirement Home

For travelers who frequent a particular city, or for anyone who dream of retiring in a foreign land, looking into an overseas property could be a great way for you to fulfil that personal desire. Investing can and should be a fun. Choosing to invest in a city that you see yourself spending much time in can very much add practical value to your purchase. Consider this; if you decide to rent your retirement home before you retire, you might even lower the actual costs of owning your dream home. Anything is possible with proper planning and financing. 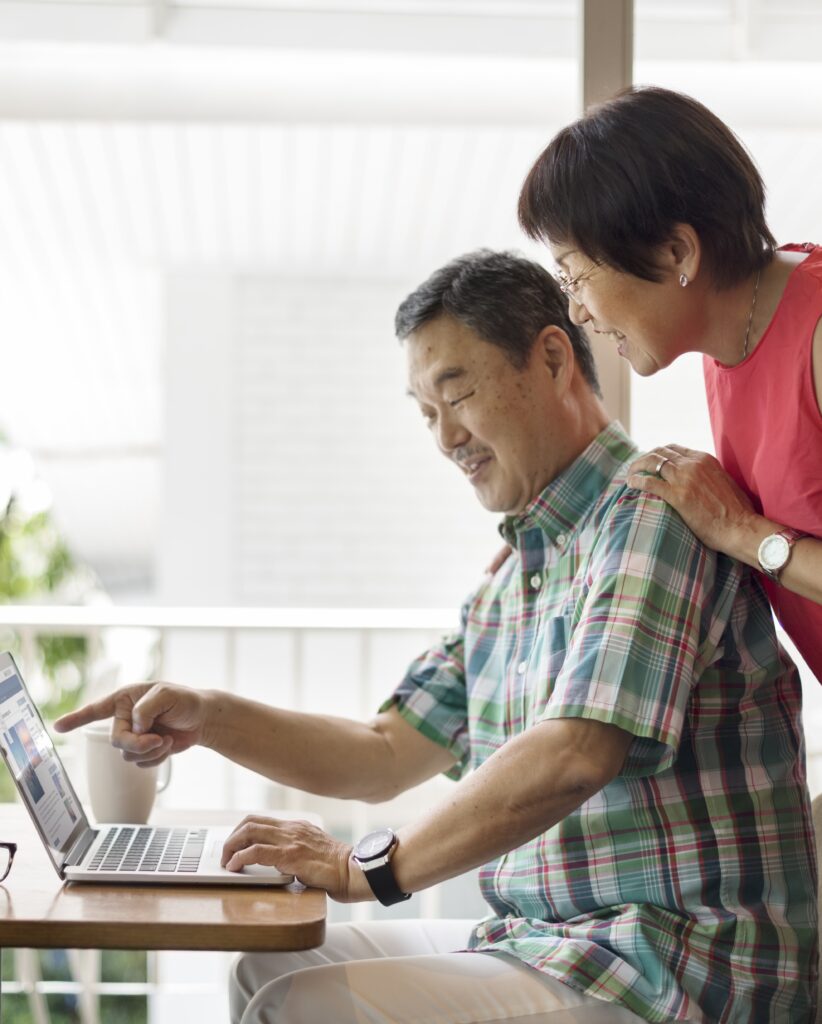 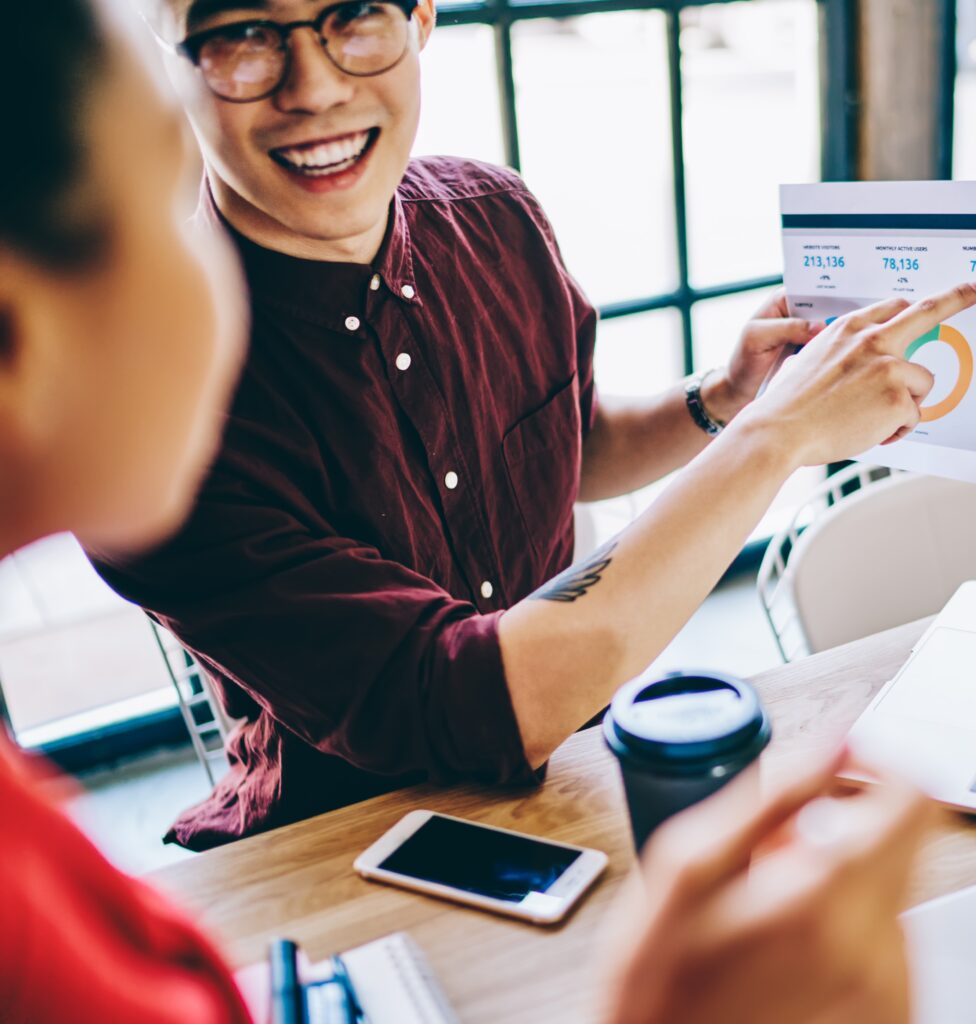 Beyond stocks, bonds and mutual funds, property is a robust asset class to hedge against weary market conditions. Furthermore, it is a great way to gain from growth and development of other markets, whether directly or indirectly. One of the biggest reason investors choose to diversify their real estate investment portfolio is to mitigate risk exposure. The phrase “don’t put all your eggs in one basket” applies directly to this concept, where spreading your investments across a broad spectrum have been a solution for investors to balance risk and reward their investment portfolio.

In the long run, real estate is an excellent investment response to the unavoidable circumstance: inflation, where rental rates and interest rates are bound to tread alongside with market conditions. Deemed by many as the ultimate hard asset, real estate owners often witness the greatest price appreciation during periods of high inflation. Renting out your overseas property can help lessen the impact of inflation on your overall portfolio, mainly due to rental rates generally rising with the market. As an investor, it is crucial to select strategic locations that are easily rentable. 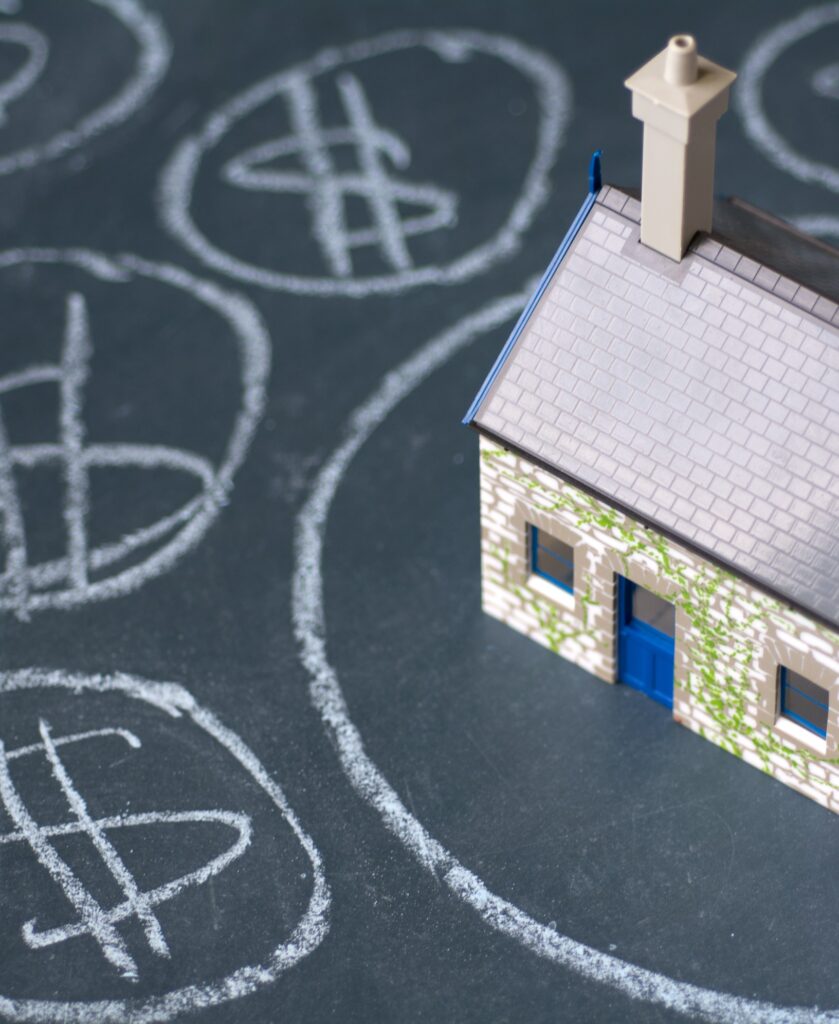 Safeguarding Your Portfolio Has Never Been More Important

In midst of a climate that is experiencing economic, social and political discrepancies, it is important to make adjustments and adaptations to your portfolio to secure your wealth in order to enjoy future gains.

To end off this quick insight, here are a few viewpoints that our clients have shared with us that motivated them to purchase an overseas investment property: 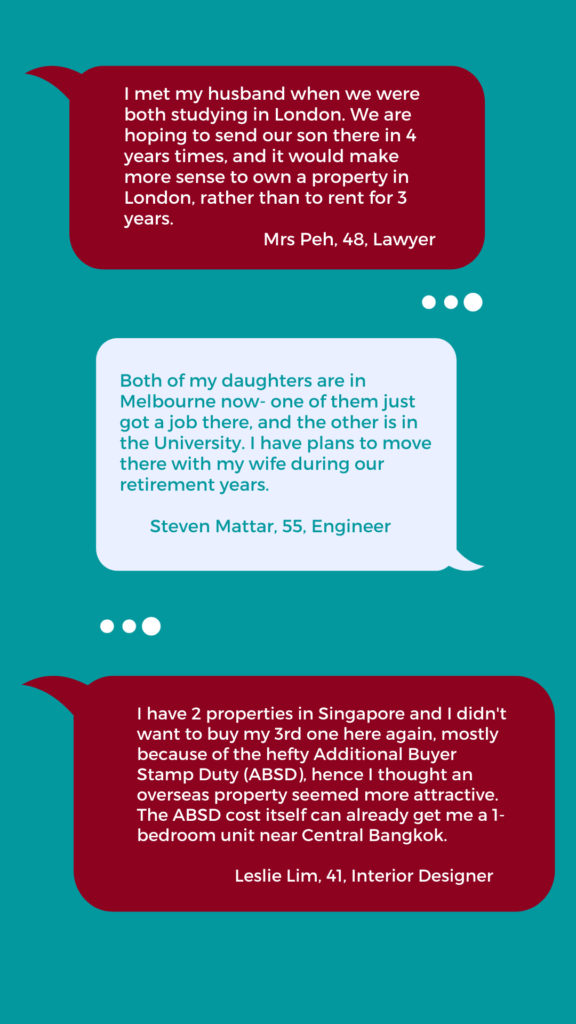 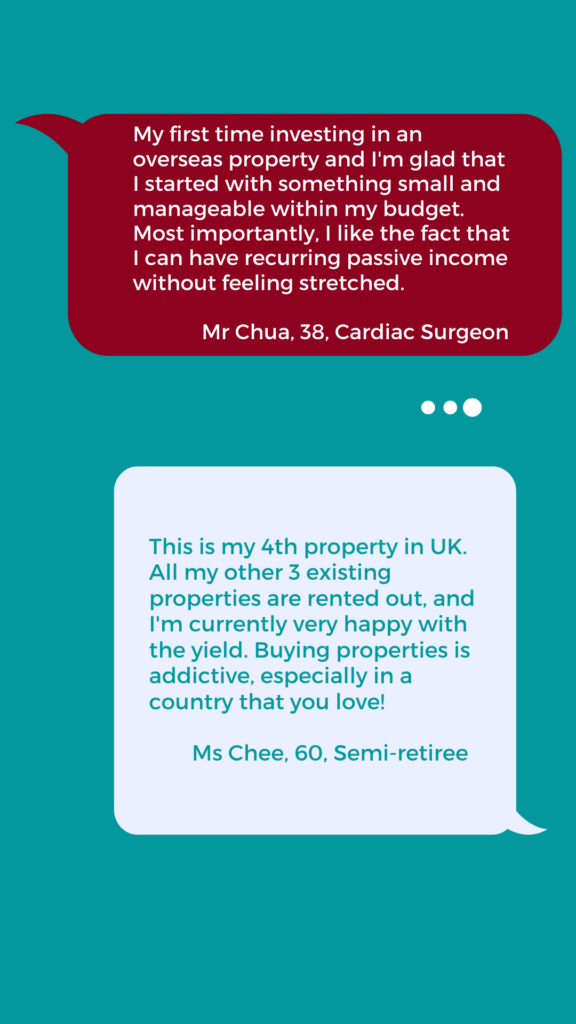 If you’ve enjoyed this quick read, simply subscribe to our newsletter so you’ll be updated on any key insights on the residential markets. Feel free to engage our trusted Knight Frank advisors for additional opinions and advice on global investment opportunities through the WhatsApp widget.