Following on from the success of Portobello Square, we are excited to announce the new launch of The Auria at Portobello Square. This prime West London address will deliver 1000 new homes for Ladbroke Grove and Portobello Road. Portobello Square is situated in a vibrant pocket of Notting Hill, West London, that’s busy rewriting its profile and is set to be the stand-out launch of 2021. The new phase, ‘The Auria’, launches this Spring presenting a fantastic investment opportunity in an exciting postcode of many faces.

Part of the Royal Borough of Kensington and Chelsea, Notting Hill has been transformed over the last 50 years. Catapulted into worldwide pop-culture fame as the location for Richard Curtis’s 1999 eponymous rom-com starring Julia Roberts and Hugh Grant, the global perception of Notting Hill as the epitome of bookish and elegant ‘Old London’ endures. Yet, with its annual Caribbean carnival, melting pot of cultural influences and vibrant, artistic past – there’s so much more than meets the eye to this zesty west corner of the capital.

If you’ve heard of Notting Hill, the chances are you’ve also heard of the colourful Portobello Road, home to the world’s largest antique market, held every weekend. The name for Portobello Road actually comes from the ‘War of Jenkins’ Ear’, when Admiral Edward Vernon captured the Panamanian town of Puerto Bello from the Spanish. The Ladbroke family owned much of the land in Notting Hill in the 19th century, and as such, several streets and locations in the district are named after the family. 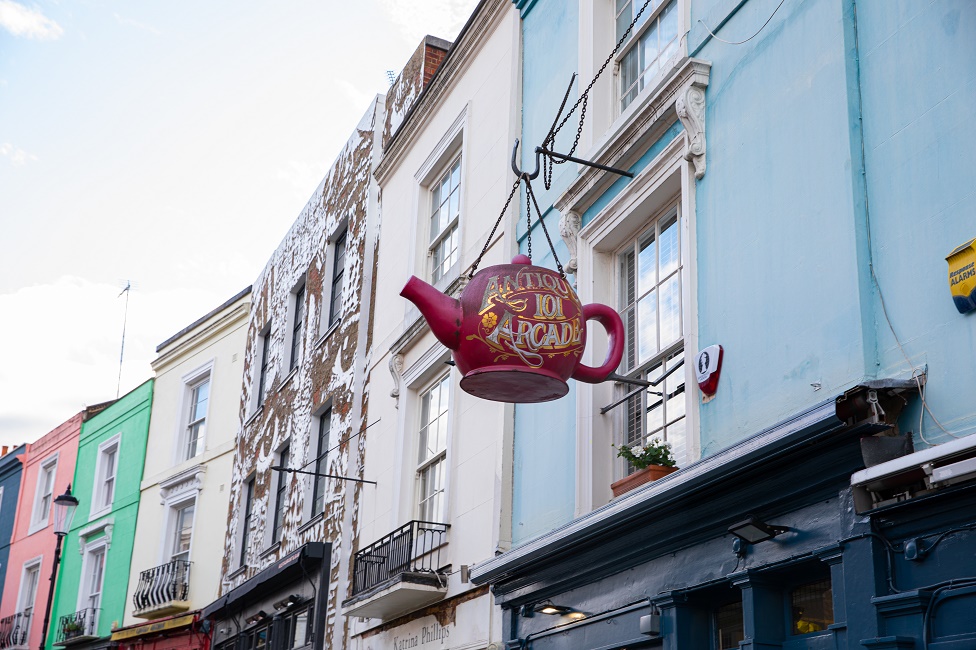 A defining part of Notting Hill’s culture is the annual Notting Hill Carnival – the largest street festival in Europe – celebrated every August Bank Holiday weekend since the 1960s. There is a strong Caribbean theme to the carnival with hundreds of performers and floats along the parade route, attracting some two million people every year over the Sunday and Monday on which it is held.

Notting Hill has always been an inspiration to musicians, artists and actors. Jimi Hendrix wrote his renowned Purple Haze here, the famous Keira Knightley ‘to me, you are perfect’ scene in Love Actually took place on a Notting Hill mews, and more recently parts of the Paddington film series were shot on Portobello Road – to name just a few of its silver screen credits. 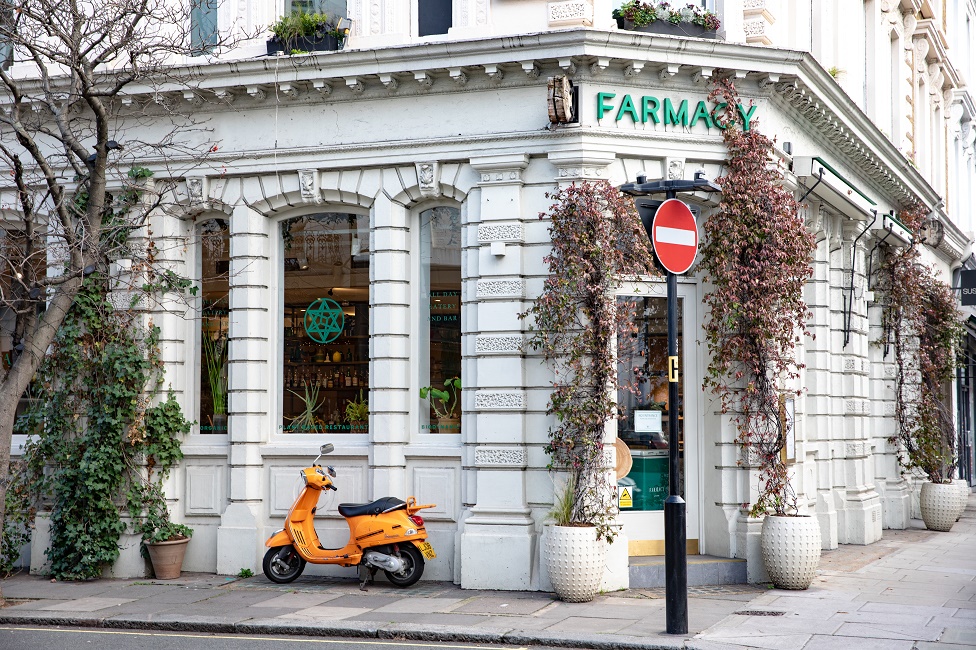 With its creative atmosphere, lifestyle opportunities and proximity to the City, Notting Hill attracts a wide mixture of people including many celebrities and media moguls, as well as bankers and professionals who predominantly work in the City of London, the West End, Canary Wharf and Mayfair. It is also a popular spot for many young families to put down roots, with excellent access to world-class schools including Wetherby, Notting Hill Prep and Pembridge Hall.

In addition to its weekly market, Portobello Road is home to a number of quirky independent boutiques and antique emporiums. In contrast, nearby Westbourne Grove is a treasure trove of exclusive clothing stores, interior design shops, delis and cafés – as can be found on many of the surrounding crescents and streets, including interior specialists Graham & Green and Lucy Choi, Jimmy Choo’s niece who is carving her own name in the footwear world.

If you’re looking for everything you could ever want and more under one roof, then Westfield London is just a stone’s throw away in Shepherd’s Bush: one of the capital’s premier shopping destinations, with more than 300 shops, from high-street brands to top-end designers.

Buses: Notting Hill boasts one of the best bus hubs in central London with links to all points of the compass – north, south, east, west.

Car: The Westway (A40) the M40, M4 and M3 all provide access out of London and access to the M25 – the London Orbital motorway.

Building on the strong sense of place and community centred around Portobello, Golborne Road and the wider Ladbroke Grove area is Portobello Square. A trophy project for homebuilders Catalyst, Portobello Square is a standout regeneration and remodelling project sitting at the junction of some of London’s most iconic roads. 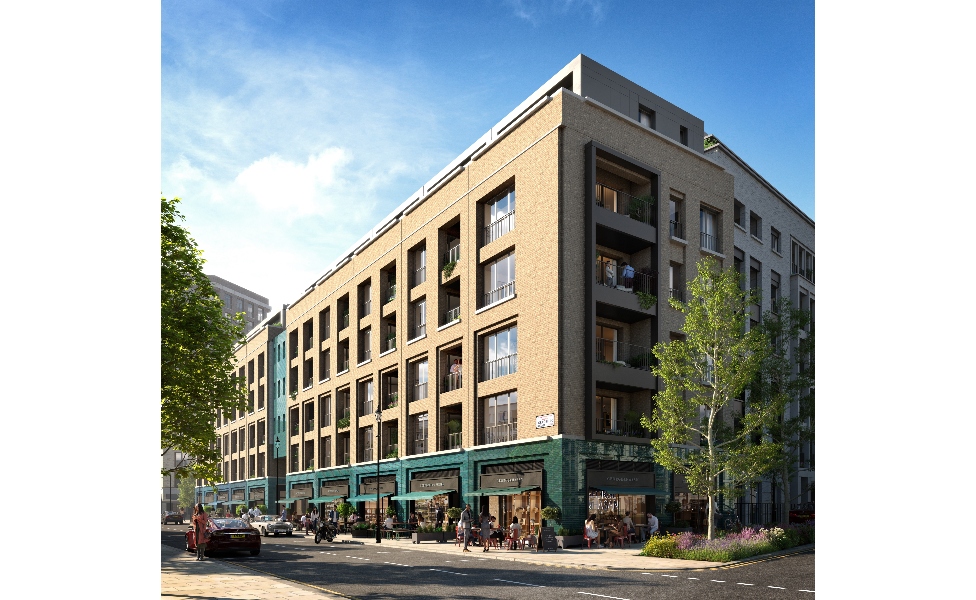 Once completed in 2023, the Auria will deliver 111 exclusive new homes , a new bakery, and exciting retail opportunities all bound by a garden square – ‘Athelone Park’. 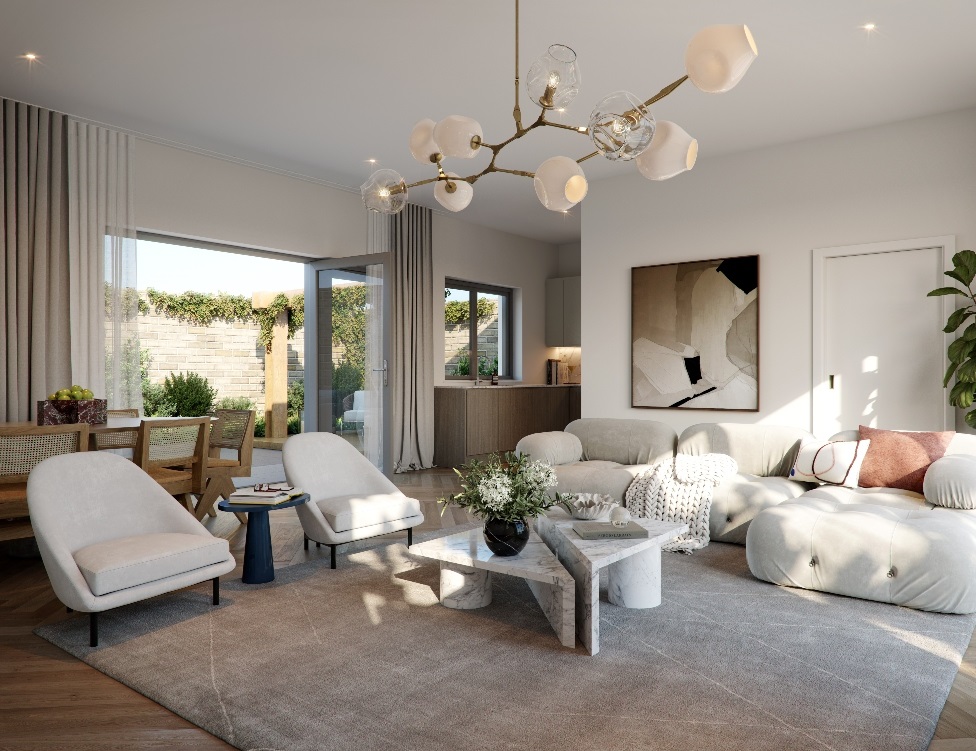 Almost all of the 1-2 bedroom apartments, 96 out of the total of 111 units, will feature views out over either Portobello Road or the new garden square. 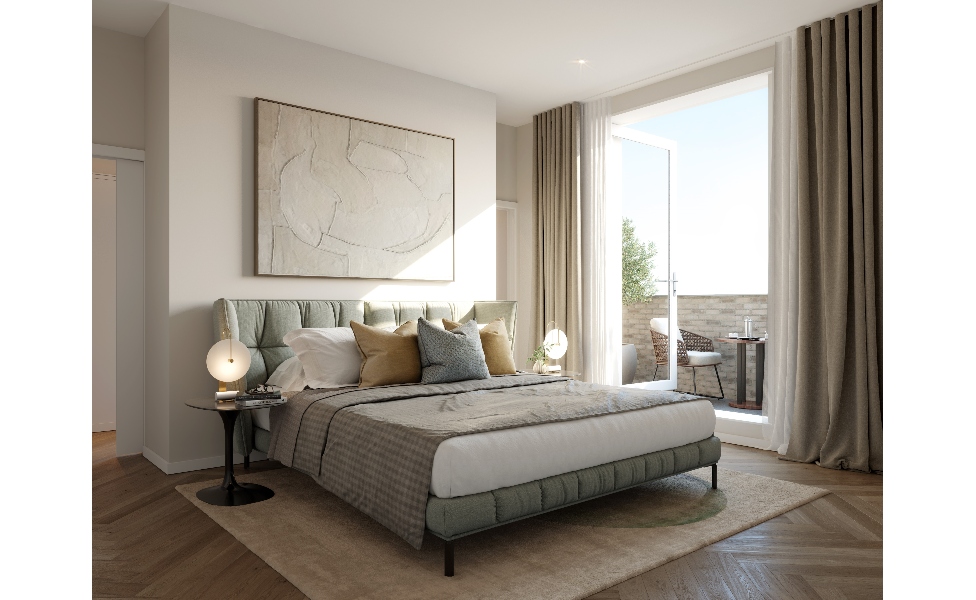 Moments away is the Regents Canal offering long waterside walks and scenic cycle routes through to central London and heading West. Holland Park, Queen’s Park and Hyde Park are all within walking distance.

A selection of modern 1 and 2-bedroom apartments and 3-bedroom mews houses are available from £675,000 now. The marketing suite on Portobello Road is now open.