The forces shaping the super-prime lettings market (£5,000-plus/week) in the capital are similar to those facing the wider market.

Demand has accelerated while supply has fallen sharply.

The result is that London has become a landlord’s market. Average rental values in prime central London rose by 2.8% in the three months to September, the largest quarterly increase in a decade.

Supply remains low due to the fact a number of owners sold in order to capitalise on a resurgent sales market over the last 18 months, producing fewer so-called accidental landlords.

Meanwhile, demand for high-value lettings property has been driven by the desire for more space following successive lockdowns. Furthermore, many sectors of the global economy, including finance, have flourished, over the pandemic, further driving tenant demand.

These trends combined with another event this summer to produce a perfect storm of activity in recent months, according to Tom Smith, head of superprime lettings at Knight Frank.

“A number of people in London were affected by flooding, which produced a spike in tenants needing a rental property for six to nine months,” said Tom. “On top of that, people came back from holiday, there was a seasonal rush ahead of the schools re-opening and all that was happening just as international travel was kicking back in.”

The result, according to Tom, is that August was one of the highest months on record for the number of super-prime lettings deals agreed by Knight Frank.

Supply is so tight that some tenants have resorted to signing pre-let agreements in order to secure the right property, something that Tom says has not previously been seen in the market.

“To get around the supply shortage some have acted ahead of time and secured tenancies on the back of design drawings and the track record of the developer,” said Tom.

Others who have been unable to find the right property have agreed short-let tenancies or have booked into hotels, said Tom.

Supply should pick up from early next year as more owners who have unsuccessfully tried to sell decide to let their property.

In the meantime, the imbalance between supply and demand has highlighted a gap in the market that existing and prospective landlords can take advantage of, said Tom.

“I’m not sure clients and investors have woken up to the size of the opportunity in the short-let superprime market in London,” he said.

“We’ve had a £20 million penthouse on our sales register that has sought to take advantage of this market. When it was made available for short lets there have been very limited periods when they have struggled to find tenants.” 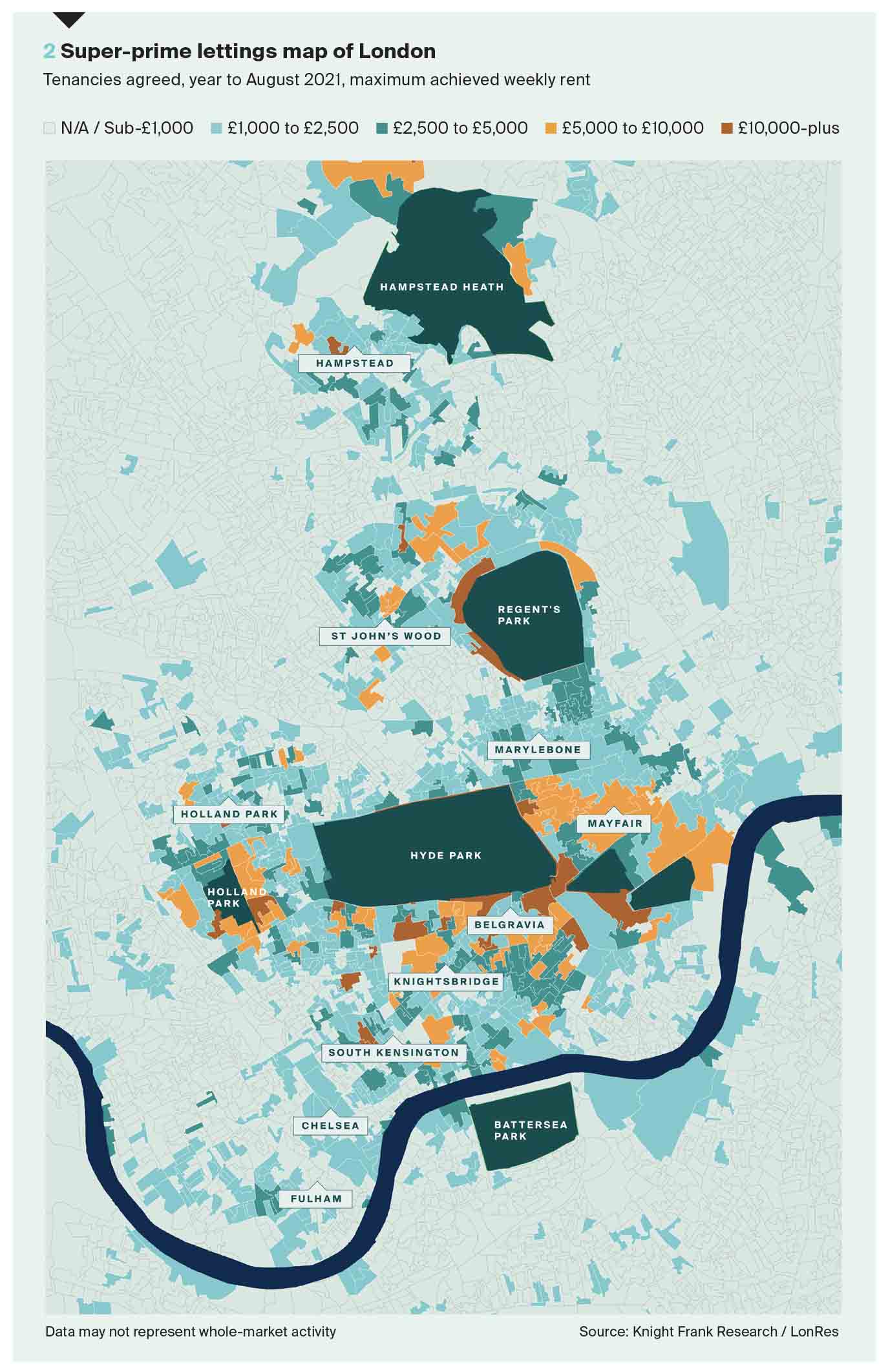